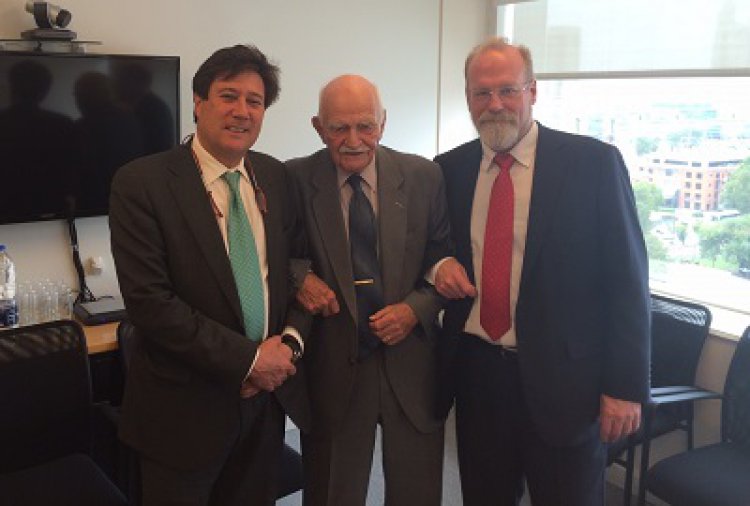 Steve came into the wind industry after a courageous and distinguished career as a campaigner with Greenpeace International. He faced personal danger on numerous occasions and steered the organisation to a greater engagement with the nascent renewable energy industry.

He joined GWEC as its first General Secretary in 2007. For over 10 years, Steve tirelessly represented the wind industry and worked to convince governments to adopt wind as the solution to grow energy demand and carbon emissions. During Steve’s tenure at the head of GWEC, global wind installations grew from 74GW to 539GW and became one of the world’s most important energy sources. He contributed significantly to the development of the wind industry in places such as India, China, Brazil and South Africa. He was a prominent speaker in public and private forums, and wrote innumerable articles, blogs and position papers.

More recently, Steve had decided to scale down his constant travelling, becoming a Senior Policy Advisor to the organisation.

Morten Dyrholm, Chairman of GWEC and Group Senior Vice President of Vestas says: “Steve had a passion for wind like no one else I have known in my life and has been instrumental in our efforts to globalise the industry and bring wind into the centre of the global energy debate. This legacy should inspire us all to fight even harder and with ever more resolve to realize a 100 per cent renewable energy system. Steve has been a good friend and a great source of inspiration for me for almost 13 years, and I will miss him deeply.”

Ben Backwell, CEO of GWEC, says: “Steve has been a constant source of inspiration and support for me over the last decade. More than anyone else I know, he never let the wind industry forget the fight to stop dangerous climate change and why what we are collectively doing is so important. He travelled and worked constantly, but he always had time to chat, and he was a loyal and caring friend. We will miss him sorely.”

GWEC and all its staff extend their heartfelt condolences to Steve’s family.